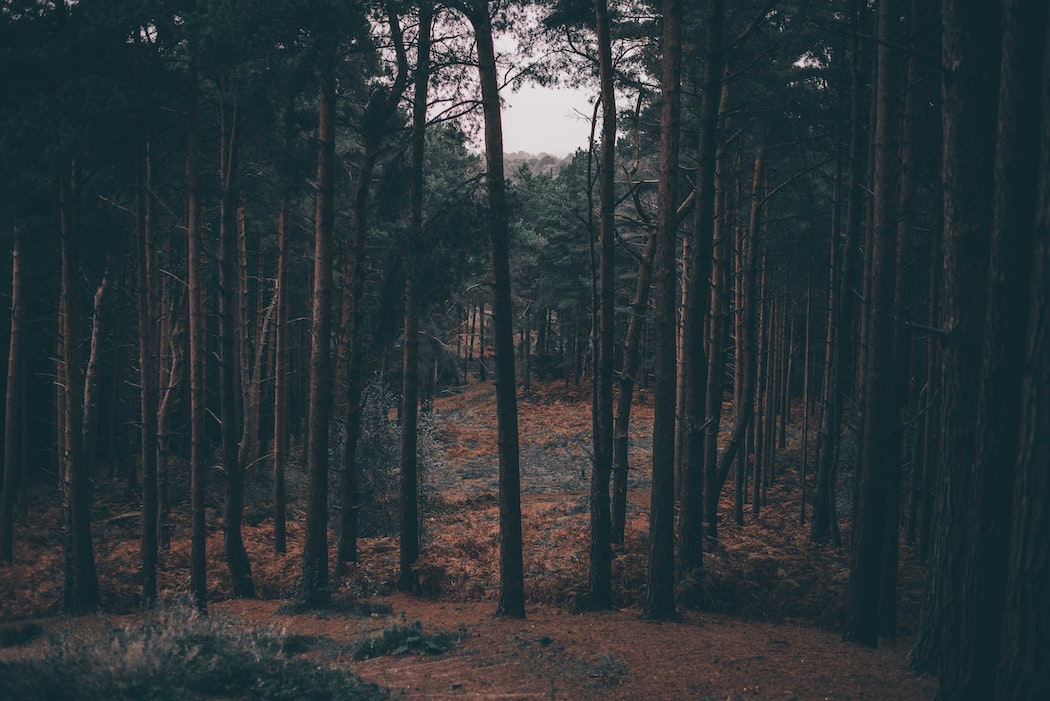 The internet knows the myth: The Suicide Forest, Aokigahara, Jukai. The place where people disappear, where corpses are found. Children are told: “Don’t go there! That place is scary and dangerous.” It is a place haunted by Yurei and where Yōkai lead visitors astray. At night you can hear the Yurei scream and the bodies of those who commited suicide walk around the forest. In the past, the forest was a place, where ‘ubasute’ took place, where the elders were abandoned, when the food was rare. This is how the stories go.

The truth is a bit different. The Aokigahara Forest close to Mount Fuji is internationally known as the Suicide Forest, as the place where suicidal people go to just disappear, these day it has become famous by videos on Youtube and articles on all kinds of sites that feed the morbid curiosity of people all around the world. In actuality, the forest is more than just a place to die at, although this is indeed true about it. It is in actuality part of the Fuji-Hakone-Izu national park, contains three natural monuments and a natural bat cave and is thanks to this a popular destination for tourists and travelers. Because there is nearly no wildlife it is very quiet.

But, as stated, the forest is indeed a place where people go to die. In recent years, especially in the Western media and certain subcultures Aokigahara has become known for its appalling numbers of dead bodies found there. Almost without exception the dead are due to suicides; people who oftentimes hike deep into the forest to seek out suitable hiding places, and eventually commit suicide. When entering the forest there are signs designed to prevent people from commiting suicide but still yearly about one hundred bodies are discovered. For this, there are annual body searches as well as suicide prevention groups

The forest grows on hardened lava that originated from Mount Fuji breaking out around the Year 800. Because of that there is magnetic iron in the soil of the forest which plays havoc on cell phone service, GPS systems, and even compasses. Therefore it is indeed possible to get lost in the forest. Yet, if you don’t go off path you will unlikely discover anything or get lost.

The suicide rate in Japan dropping in recent years. Different from popular belief it is not the young highschool student, who kills himself, but rather males over the age of 50. In order not to sensationalize the forest more than it already is being sensationalized, the government stopped publishing numbers regarding the amount of bodies found in Aokigahara since 2003.

Apparently, Aokigahara being chosen as a place for suicide said to go back to two novels by the Japanese writer Matsumoto Seichō, Nami no tō (波 の 塔, 1957), where a young woman named Yuriko, killies herself in Aokigahara because of unrequited love and, and Kuroi jukai (黒 い 樹 海, 1960), a story that is also about suicides in Aokigahara, in this case a pair of lovers.

“The Complete Manual of Suicide” (1993), a novel by Tsurumi Wataru that is exactly what the title says  describes the Aokigahara as the perfect place to commit suicide and also describes which parts of the forests are less circulated so the bodies cannot be found. After its publication the suicide rate is said to have risen for a while as well.

Greeted by a gigantic, dense forest with crevices on the sometimes rocky ground, sunlight glittering through the autumn leaves, live and dead trees that were mainly left untouched by humans, the forest has a sense of emptiness.

What one can hear was that sound seemed to be absorbed by the forest, yet at some places you could hear slight traffic noises, the wind rustling through the leaves, the sound of ones own footprints and voices being swallowed by the dense forest and hard ground.

As this is a very negative connotated place, there was to be a special emotional tone to it. I expected it to be more eerie and depressing, considering the history and all the stories of poor souls wandering into the forest to die, but in truth there was not too much to this. At least, less than I expected. It was a sunny day and the forest is a beautiful, nature rich place and if one enjoys nature, one might just do that. Still, there is a feeling of isolation.

We did meet some hikers but no one that seemed badly affected by emotions, they seemed either to be as curious about the place, as we were, or simply enjoying their hike.

So, what did I learn from this experience? I learned, that in fact there is nothing scary to the Suicide Forest. In my opinion it just serves as a mirror to a society that fails to deal with emotional pain and in the end makes its victims want to disappear.

What was most surprising to me was, that the Japanese friends we went with didn’t know about the suicide part of the forest at all; they were simply too young.

Did this experience meet my expectations? Yes and no. I was expecting to feel more of the heaviness of the place and while it is indeed there, it is also just a forest and as someone who enjoys nature, that is what I did and I believe, that is, what, in this gigantic forest, that is way more than just a place for suicide, is what most people actually do.

How did this experience change how I view religion in Japan? As this is the main reason for our visit to this place, this question made me think for a while. The forest made me realize that not everything is made about religion here; in Europe they would probably have made some religious messages or objects visible but we didn’t see any. It does not mean that religion is less present at these places, although it does seem like it here, it just means that Aokigahara is these days treated like a beautiful big forest, that sadly throws a dark shadow.